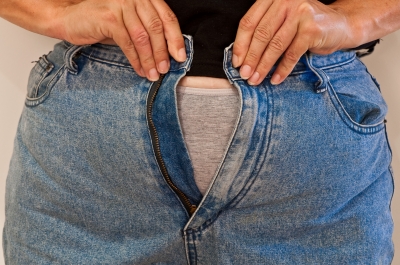 America has a fascination with big.  We like big TV’s, we like big cars, and we like big meals.  But some experts are saying that our obsession with big is starting to get out of hand with growing obesity rates in both children and adults.

Clothing sizes have progressively been getting bigger, as have chairs and desks made primarily for school children.  According to a story published by CNN, some schools are even beginning to provide separate chairs and desks for students who have grown too large to fit in traditional-sized furnishings.

Currently, one in every three children is obese or overweight.  Traditional growth charts don’t even apply to today’s youth.  While some critics argue that Americans are just getting larger, and the growth charts need to be revised to fit a new standard, others argue that the growing number of children “exceeding what would’ve been the top percentile for weight and BMI” for earlier standards “highlights the problem we have.”

Nonetheless, the increasing size of the average American is a “trend reflected in the furniture,” says Tom Brennan, president of School Outfitters, a company selling school furniture.  “When you look at an import product from China, you can tell the difference…The buckets are generally not wide enough.  They have to be designed specifically for the U.S.”

It should be noted that over the past five years, plus-sized desks and chairs have outsold the standard sizes.

What do you think?  Is obesity really a growing epidemic or are people just getting bigger?  Is this a sign that America’s weight problem is getting out of hand or just the next step in our biological growth?  Should schools be buying larger furniture or focusing their efforts towards obesity prevention and treatment?

Leave a comment and let us know your stance on the matter.

2 Responses to Children Beginning to Outgrow Traditional Chairs and Desks